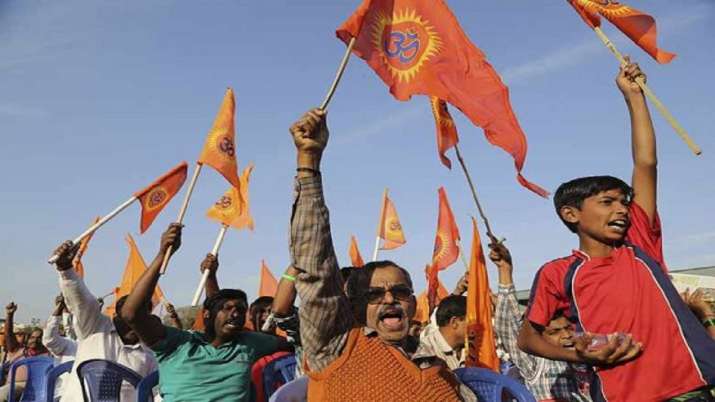 The Vishwa Hindu Parishad (VHP) has appealed to the Centre to enact a law to free Hindu temples and religious institutions from government control and also demanded an anti-conversion law.

The outfit has called on all state governments to hand over Hindu temples to the Hindu society and requested the central government to bring in a law in this connection, VHP’s International Working President Alok Kumar told reporters here on Sunday.

He expressed concern over what he claimed as “mass conversions” going on in the states of Andhra Pradesh and Telangana.

“These conversions are induced by allurement, deception and fear. The VHP shall resist such conversions with all its might and will intensify its campaign to bring the converted brothers and sisters back to the Hindu fold,” he said.

Like Uttar Pradesh and other states, the Telangana government should also pass an anti-conversion law, Kumar said adding “We have also asked the central government to enact a law against religious conversions”.

“We have asked the central government (to make a law against religious conversions) and started this effort and we will intensify our efforts.

A representation has been submitted to the government and we are hopeful that it will consider it.

VHP will take up a mass awakening programme on both issues, he added.

The VHP leader further wanted the Telangana government to come up with laws to protect cows and its progeny as “there are increasing incidents of cow slaughter in the state of Telangana.