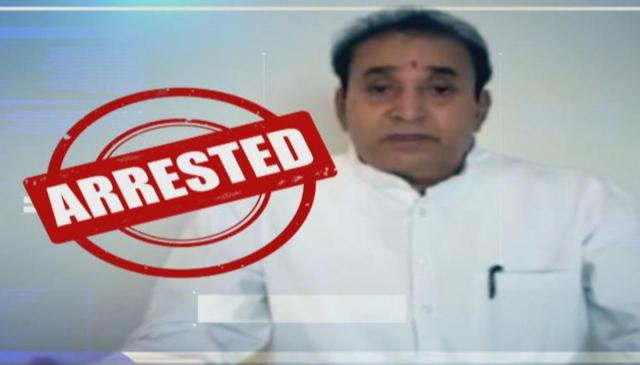 After over 12 hours of interrogation, the Enforcement Directorate early on Tuesday morning arrested former Maharashtra Home Minister Anil Deshmukh in the PMLA case lodged against him. As part of the probe into alleged extortion, before arresting Deshmukh, the ED had conducted multiple raids at premises linked with him in Mumbai and Nagpur. As per sources, Deshmukh has been arrested under Section 19 of the Prevention of Money Laundering Act. Sources added that Deshmukh was not cooperating and was being evasive in his replies to the agency.

Previously, the Enforcement Directorate had attached immovable assets worth Rs.4.2 crore allegedly belonging to Deshmukh and his family members under the Prevention of Money Laundering Act. The probe was initiated after former Mumbai Police Commissioner Param Bir Singh levelled allegations against Deshmukh, who consequently had to step down from his senior position in the Maharashtra government.

Case against Anil Deshmukh: All you need to know

Troubles began for the then-Maharashtra Home Minister Anil Deshmukh in the month of March when his former reportee Param Bir Singh levelled ‘extortion’ charges against him. In a letter addressed to Maharashtra CM Uddhav Thackeray, Param Bir, who had days earlier been shunted out as Mumbai CP, alleged that the state Home Minister had asked Sachin Vaze to extort Rs.100 crore per month from 1750 bars, restaurants, and other establishments in Mumbai. The Bombay High Court on April 5 directed the CBI to carry out a preliminary enquiry into these allegations. Thereafter, on the very same day, Anil Deshmukh tendered his resignation as the Home Minister, and was replaced by Dilip Walse Patil.

On April 21, the CBI had registered an FIR against Anil Deshmukh. On May 11, the ED filed an ECIR against Anil Deshmukh under the Prevention of Money Laundering Act for allegedly obtaining illegal gratification which was based on the corruption case registered by the CBI. On June 25, the ED issued summons to Anil Deshmukh for questioning related to the case, but he did not show up. Then again on June 29, the agency summoned once more. This time too, Deshmukh dodged the summons. Then the agency issued the third, fourth and fifth summons on July 5, July 16, and August 17 respectively, but he avoided appearing.

On September 2, Anil Deshmukh moved a petition before the Bombay HC seeking to quash the summons issued against him by the ED in connection with the money laundering case. The Bombay High Court, however, rejected the petition on October 29, and on November 1, he finally appeared before the ED.

While appearing at ED, Anil Deshmukh hits out at his accuser Param Bir Singh

In a statement issued simultaneously with his ED appearance, Anil Deshmukh asserted that he had informed the agency that his petition was pending before the High Court and the Supreme Court, and he will himself appear after the verdict. The former Maharashtra Home Minister had also pointed out that he and his family had cooperated with the ED when they raided his houses. Moreover, outlining that his petition was still pending before the Supreme Court, he had underscored the appearance before the ED on Monday.

Anil Deshmukh claimed Sachin Vaze levelled charges against him at the behest of Param Bir Singh because as the Home Minister he had started the proceedings to dismiss him from the government job. He further claimed that after his dismissal, he levelled allegations against him. He further added, “I feel very sad at my inquiry and the harassment caused to my family based on the allegations of Sachin Vaze and Param Bir Singh.”