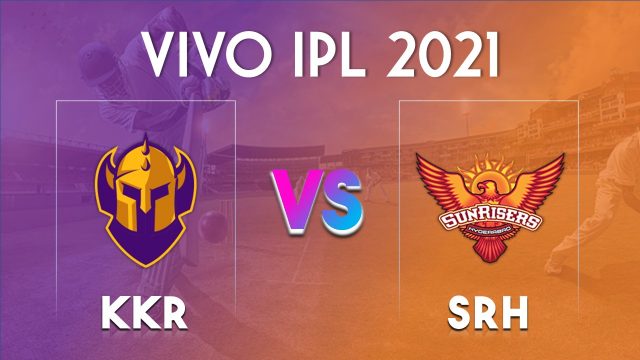 KKR vs SRH Dream11 Prediction: Kolkata Knight Riders will take on Sunrisers Hyderabad in the 49th match of Vivo IPL 2021 at Dubai International Cricket Stadium, Dubai. Both teams have already played plenty of games in the tournament.

Kolkata Knight Riders lost their previous game against Punjab Kings by 5 wickets and now they are dependent on the other teams to qualify in the playoffs. KKR is now placed at the fourth position in the league standings and they need to win both games remaining in order to qualify for the fourth spot on the basis of net run rate.

Andre Russell and Lockie Ferguson injured themselves and didn’t play the previous game. They will continue to rest in today’s game as well. In absence of Ferguson, the bowling unit of KKR depends a lot on Narine and Varun who took 13 wickets in the 5 games at UAE.

On the other hand, Sunrisers Hyderabad is the first team to be out of the playoff race officially. With just 2 wins out of the 11 games, they are now placed at the bottom of the points table with just 4 points in their account. They lost their previous game against CSK by 6 wickets and are now looking to end this season on a winning note.

Sunrisers haven’t reported any injury after the last game. However, a lot of changes are expected in the team with youngsters getting a chance in the tournament. Let’s take a look at the KKR vs SRH Dream11 Match Prediction and Dream11 team for today match.

KKR vs SRH match to be broadcasted on Star Sports channels. Live streaming is available on Disney+Hotstar and viewers can also watch live scores on the Sports Tattoo.

KKR vs SRH: Who will win today match?

As per our Dream11 expert today, Kolkata Knight Riders expected to win this game. However, the results can be different as both teams are equally good.