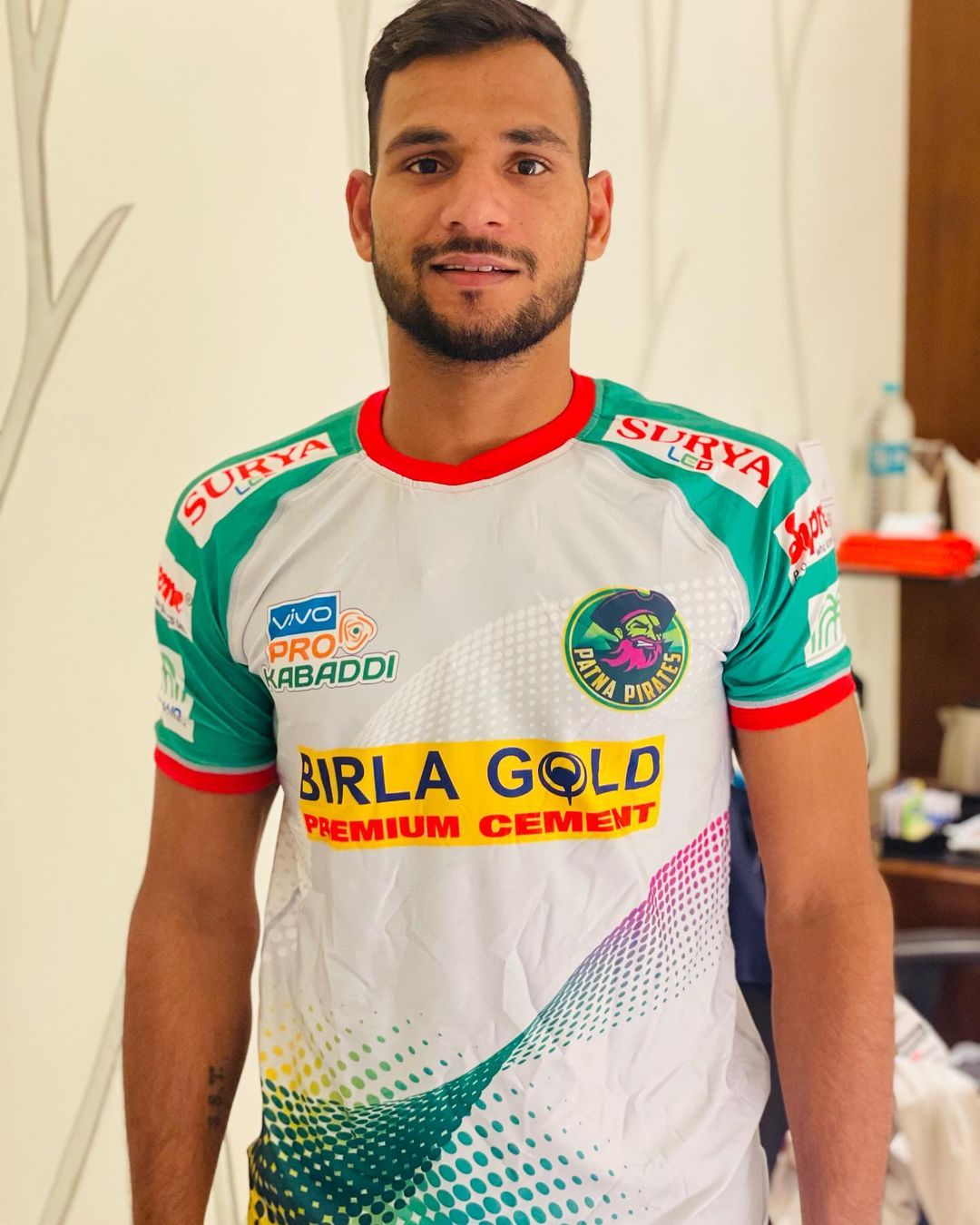 SACHIN TANWAR born on 19th July 1999 is the brightest young kabaddi player of India who will be playing for Patna Pirates in the 2021 Pro Kabaddi League season. He was the part of Indian kabaddi team which won a gold medal at the Asian Kabaddi Championship of 2017. Sachin has achieved immense recognition for his performance in Pro Kabaddi League and senior nationals.

Sachin was born in Badhbar village of Jhunjhunu district, Rajasthan, India in a sport blood family with his elder brother Deepak and uncle Rakesh, both being a domestic kabaddi players. He was introduced to the sport by his elder brother. Sachin played in his local grounds learning the basics from his brother and soon mastered his skills.

He astonished his family with his raiding skills and started competing in U-14 and U-16 kabaddi tournaments. Within a few years, he made his entrance in the junior state team of Haryana and participated in junior nationals. He came under national talks after his performance at senior nationals which helped him mark his way in the Pro Kabaddi League in 2017.

Sachin Tanwar on the International level

Sachin Tanwar and his Family