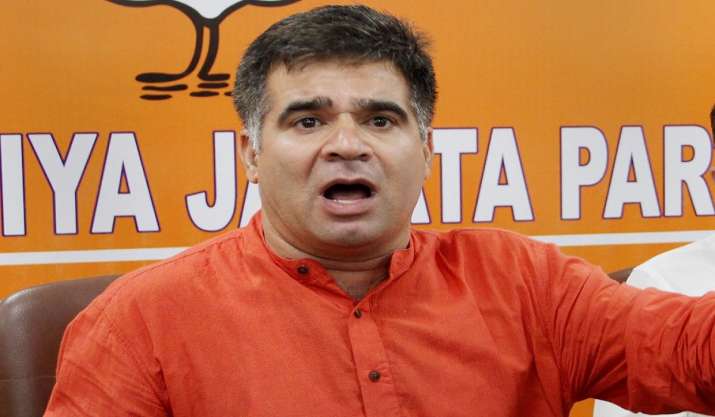 Jammu and Kashmir BJP president Ravinder Raina on Saturday lashed out at PDP president Mehbooba Mufti over her criticism of the saffron party on the issue of Hindutva and said her politics based on hate would not be allowed to succeed. Raina accused the PDP chief of being “pro-Pakistan” and “anti-India” and said she should introspect before giving any statement on Hindutva.

Reacting to the statement of the former chief minister accusing the Rashtriya Swayamsevak Sangh (RSS) and the Bharatiya Janata Party (BJP) of “hijacking Hindutva and Hinduism”, the BJP leader said “everyone knows the politics of Mehbooba, her ideology, tricks and deeds”.

“Who has given her the right to speak on Hindutva and Hinduism? She is attempting politics based on hate by such kind of propaganda but we will not allow her to succeed,” Raina said in a statement.

He alleged that Mufti, who was the chief minister during the previous PDP-BJP government in the erstwhile state of Jammu and Kashmir, always supported Pakistan, Taliban, and terrorist and separatist groups like Lashkar-e-Taiba, Jaish-e-Mohammad, Hizbul Mujahideen and Hurriyat Conference.

“She has always taken forward the anti-India agenda and her sympathies remain with terrorists and separatists who conspired and destroyed Jammu and Kashmir. The people who speak the language of Taliban, Pakistan and terrorists are today lecturing on Hindutva and Hinduism,” he said, adding “Mehbooba should have gone for self-introspection before making any statement on Hindutva or Hinduism”.

Raina alleged that the PDP chief’s anti-Hindu agenda during the 2008 Amarnath land row agitation is well known and how she is supporting the “anti-India” powers and conspiring with terrorists who are bleeding Jammu and Kashmir.

“She feels the pain whenever a terrorist is killed or a youth holds the national tricolour,” the BJP leader alleged.

ALSO READ: Nothing wrong in comparing political parties with those killing people in name of religion: Mehbooba