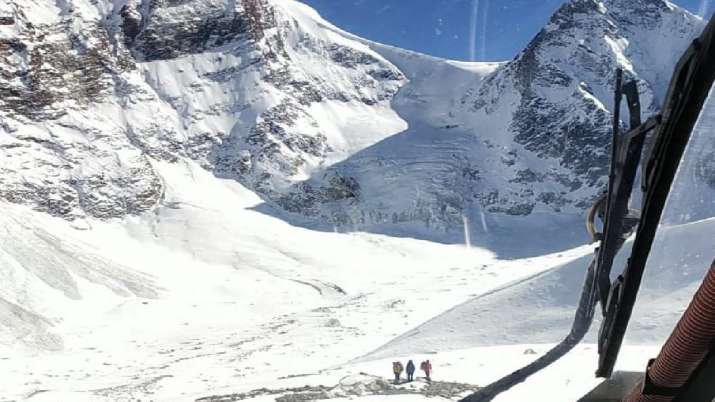 At least 11 trekkers out of 17 including tourists, porters and guides had lost their way and went missing on Monday in Uttarakhand due to heavy snowfall and inclement weather were reported dead on Friday. The Indian Air Force is conducting a massive rescue operation.

Survivors were given first aid at Harsil and sent to Dist Hospital, Uttarkashi. The rescue operation for the rest of the trekkers will be conducted on Saturday, said sources.

On Thursday, two members of the team had been rescued alive. They were injured and were being treated in Harsil and Uttarkashi, an official said. They had gone missing on a trek to Chitkul in Himachal Pradesh via Harsil in Uttarkashi.

Search and rescue teams from Uttarkashi spotted five bodies of trekkers on Thursday, while two members of the team were found dead by a rescue team in Himachal Pradesh, Uttarkashi district disaster management officer Devendra Patwal said. A search is on for the two missing members of the team on a war footing with the help of a helicopter, Colonel Rajendra Prasad of 9 Bihar Regiment said.

The team consisting of eight trekkers — one from Delhi and the rest from West Bengal — and three cooks went missing on a trek to Chitkul recently.

They had begun the trek from Harsil in Uttarkashi district on October 11 and were to reach Chitkul via Lamkhaga pass.