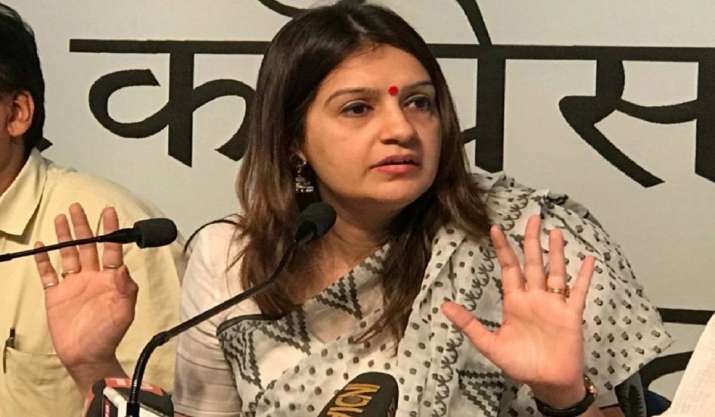 Chaturvedi told ANI that the PM Modi-led government is increasing prices incessantly and is offering no relief to the common man.

“What happened to those slogans: Bahut Hui Mehngai Ki Maar, Abki Baar Modi Sarkar? Inflation is rising by the day, the public isn’t getting any relief and all we get is preposterous statements that it (increase in fuel price) is because the vaccine (COVID-19) is being given for free,” she said.

“This government is not for the common man, but for a special few,” she alleged.

With a hike of 35 paise a litre, the price of petrol in Delhi rose to its highest-ever level of Rs 108.99 a litre on Saturday. The price of diesel also saw a hike by 35 paise and took the fuel’s rate to Rs 97.72 per litre in the national capital.

Congratulating Shah Rukh Khan’s family on the release of Aryan Khan on bail in Mumbai’s drugs-on-the-cruise case, Chaturvedi said, “This case has unveiled NCB’s reality; it was a baseless case with no facts.”

“I hope that in future, no one will be targeted this way. Justice should prevail as per law, and strict action must be taken against the culprits,” she added while saying that NCB’s Zonal Director Sameer Wankhede or his family won’t be able to deny the facts.

Maharashtra minister Nawab Malik had accused Wankhede of using forged documents to obtain a government job under the SC category. According to the Maharashtra minister, the NCB Mumbai zone director is a Muslim. All the allegations made by Malik after the drugs-on-cruise case have been refuted by Wankhede.