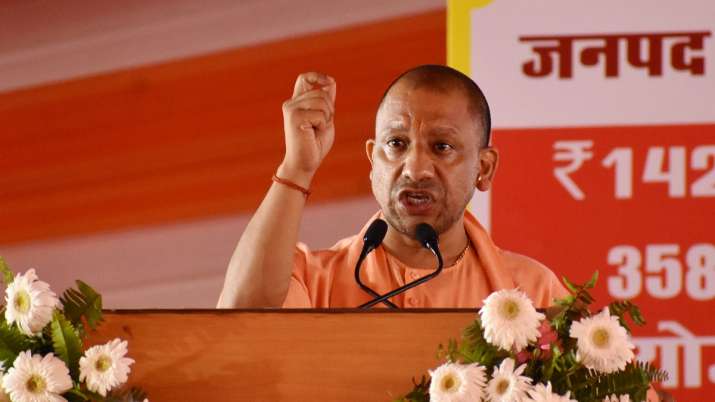 Pakistan and Afghanistan are troubled by the Taliban, but it knows that an ‘airstrike’ is ready if they dare to move towards India, said Uttar Pradesh Chief Minister Yogi Adityanath on Sunday while lauding Prime Minister Narendra Modi during an interaction with the Rajbhar Community as part of BJP’s social interaction campaign.

“Today, under the leadership of Prime Minister Narendra Modi, the country is powerful and no other country can dare to take a look at India. Today Pakistan and Afghanistan are suffering because of the Taliban, but it (Taliban) knows that if it dares to look towards India, an airstrike is ready,” UP CM said.

According to a statement issued from the BJP headquarters, Yogi Adityanath, pointing to Suheldev Bharatiya Samaj Party president Om Prakash Rajbhar said, “His thinking is limited to the development of the family. Father minister and one son MP and other son wants to become MLC but shop of such political blackmailers will have to be closed. They are afraid that after the memorial of Suheldev will be built, people will forget Ghazi and the public will throw these blackmailers in the garbage, due to this fear they were indirectly opposing the memorial of national protector Suheldev.”

The Chief Minister said that a mixture of Gangajal and the Kabul river water was poured at the Ram temple construction site as per the PM’s instruction.