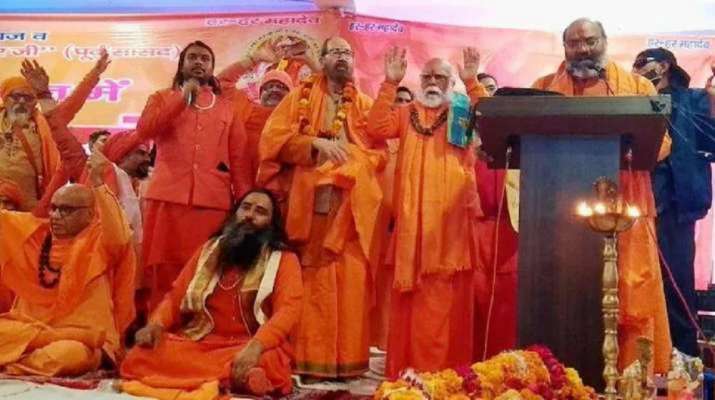 Narsinghanand, who already faces several cases in Uttar Pradesh and Delhi, has been named in the FIR lodged in connection with the ‘Dharam Sansad’.

Senior advocate Kapil Sibal, appearing in the PIL, mentioned the matter before a Bench headed by CJI NV Ramana and said that the slogan of the country seems to have changed from ‘Satyameva Jayate’ to ‘Shasatrameva jayate’.

“Alright , we will take up the matter,” CJI Ramana responded.

An SIT is already probing the case. Two separate FIRs have been lodged in connection with last month’s event in which provocative speeches were allegedly made against Muslims, triggering outrage. Video footage from the event has surfaced on social media.

Garhwal DIG KS Nagnyal had recently said if solid evidence emerges after the investigation “appropriate action” will be taken.

(With inputs from agencies)