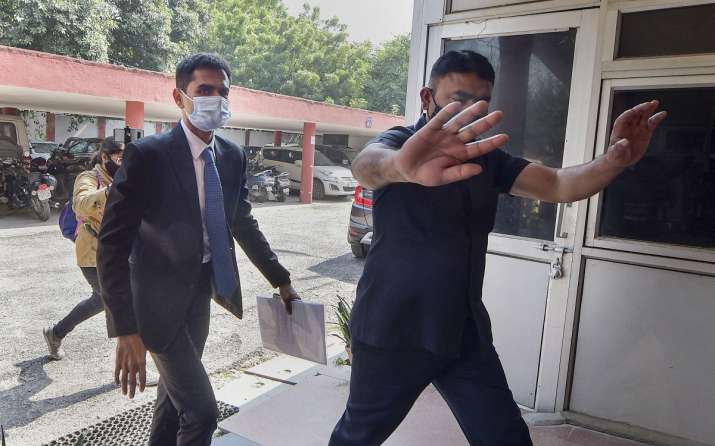 Amid the ongoing tussle between the Narcotics Control Bureau Zonal Director Sameer Wankhede and NCP leader Nawab Malik, the NCB has stated that the former will remain the investigating officer in the drugs-on-cruise case until substantial information is found against him. The agency’s Deputy Director General (Northern Region) Gyaneshwar Singh claimed so on Wednesday. Sameer Wankhede was questioned for about four hours on Wednesday as part of the investigation and he put forward “many facts before the team”.

“We requested the Southwest region office to get notice served to key witnesses KV Gosavi and Sail but they could not be contacted. Through media, I request them to join the investigation and give evidence before the special enquiry team which is camping at CRPF mess in Bandra, Mumbai,” Singh said.

“Sameer Wankhede was questioned today for about four hours. He put forward many facts before the team. If necessary, more evidence and documents will be sought from him. He submitted case related documents that were sought. If needed, he will be questioned further. He will remain the investigating officer in the drugs-on-cruise ship case until substantial information is found against him,” Singh added.

Sail, a bodyguard of NCB witness Kiran Gosavi, had alleged that Gosavi took Rs 50 lakh from an individual after the raid at the cruise ship. Gosavi has denied the allegations.

NCB named Sail as a “hostile witness” in its affidavit in the court on Monday.

Earlier today, Mumbai Police appointed an ACP-level officer to investigate the allegations leveled against Sameer Wankhede. “All the complaints received against Wankhede will be probed by the officer. Four Police stations in Mumbai have received such complaints so far,” Mumbai Police said.

An NCB team busted an alleged drugs party on the Cordelia Cruise ship which was on its way to Goa on October 2. A total of 20 people including Aryan Khan, son of Bollywood actor Shah Rukh Khan, have been arrested in the case.

Meanwhile, NCP leader Nawab Malik earlier on Wednesday said if the Sameer Wankhede’s birth certificate, which the minister had posted online to claim the official forged documents to secure job, turns out false, then he will resign from his ministerial post and retire as a politician.

He also claimed the Cordelia cruise drugs party organisers had taken permission directly from the “directorate of shipping” at the Centre and not the state police or the state home department.