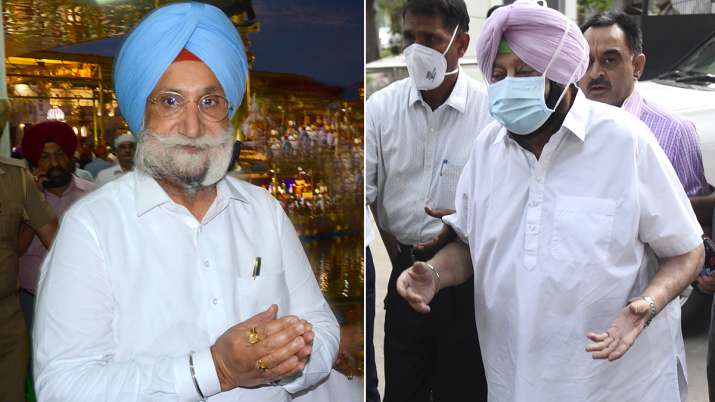 Punjab’s Deputy Chief Minister Sukhjinder Singh Randhawa has said a probe would be carried out to ascertain whether Aroosa Alam, a Pakistani journalist who has been visiting former chief minister Amarinder Singh for several years, has links with the ISI.

Singh hit back at the Congress leader, saying Randhawa is now resorting to personal attacks.

The deputy chief minister said it “would be probed” whether Alam has any links with Pakistan’s spy agency Inter-Services Intelligence (ISI), adding that he has asked the director general of police (DGP) to look into it.

Singh said Alam had been coming to India for 16 years with due clearances from the Centre.

“You were a minister in my cabinet@Sukhjinder_INC. Never heard you complain about Aroosa Alam.

“And she’d been coming for 16 years with due GoI clearances. Or are you alleging that both NDA and @INC India led UPA govts in this period connived with Pak ISI?,” the former chief minister’s media adviser quoted him as saying on Twitter on Friday.

Randhawa, who also holds the home portfolio in Punjab, claimed that Singh has been friends with Alam for years, she stayed in India for many years and her visa was extended by the Centre from time to time.

He told reporters in Jalandhar on Thursday that it was only after the recent developments in the Punjab Congress, which saw Singh’s exit as the chief minister, that Alam went back to Pakistan.

Randhawa said when Singh was the chief minister, he kept saying that being a border state, Punjab always faced a threat with several seizures of drones and ammunition coming in from across the border.

“Aroosa was in India for four-and-a-half years and her visa was also extended from time to time. Why did Delhi not cancel her visa? Why did she leave India when we went against Amarinder Singh?” he asked, referring to developments in the Punjab Congress last month.

“I think all this needs to be probed and Captain Amarinder too will have to give answers to these questions,” the Congress leader added.

Hitting back at Randhawa, Singh said, “So now you’re resorting to personal attacks @Sukhjinder_INC. One month after taking over this is all you have to show to the people. What happened to your tall promises on Bargari & drugs cases? Punjab is still waiting for your promised action.”

He said instead of focussing on maintaining law and order, the deputy chief minister has put the DGP on a “baseless investigation”.

“What I’m worried about @Sukhjinder_INC is that instead of focusing on maintaining law and order at a time when terror threat is high and festivals are around the corner, you’ve put @DGP Punjab Police on a baseless investigation at the cost of Punjab’s safety,” he said. Randhawa has stepped up the attack on Singh after the latter’s unceremonious exit as chief minister.

He called Singh an “opportunist” after the former chief minister announced that he would launch his own political party.

On Tuesday, Singh said he would soon float his own political party and is hopeful of a seat-sharing arrangement with the Bharatiya Janata Party (BJP) in next year’s Punjab Assembly polls if the farmers’ issue is resolved in their interest.

Randhawa had accused the former chief minister of betraying Punjab and siding with those who never thought about the welfare of the state.

“Punjab does not fear Pakistan or China. If Punjab today faces any threat, then it is from Amarinder Singh,” he had said.