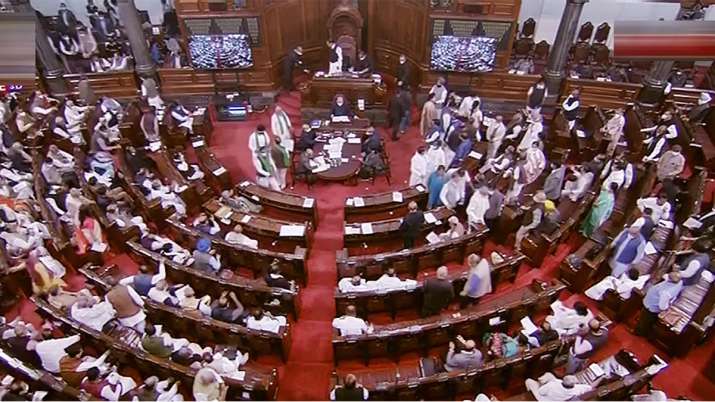 The floor leaders of opposition will meet on Tuesday to discuss strategy after the suspension of 12 MPs in the Rajya Sabha. According to media reports, if the suspension was not revoked, the opposition may decide to boycott the House. The Congress has alleged that the government wants to pass the Bills and now has created a majority number after the suspension of MPs. “By suspending 12 MPs from the #RajyaSabha, BJP has now gone ahead of the majority number. Can easily pass listed bills through the upper house now. This move has no parallel in history of parliamentary democracy and is entirely undemocratic, unlawful, and unconstitutional!” Congress spokesperson Abhishek Manu Singhvi tweeted. Fourteen parties under the signature of Leader of Opposition in the Rajya Sabha, Mallikarjun Kharge issued a statement saying the leaders of the opposition condemn the unwarranted and undemocratic suspension of 12 members in violation of rules of procedure of Rajya Sabha. The Rajya Sabha on Monday suspended 12 MPs for the entire winter session of Parliament for creating ruckus in the House during the Monsoon Session on August 11. The suspended MPs are from the Congress, Trinamool Congress, CPI, CPI-M and Shiv Sena. The members are — Syed Naseer Hussain, Akhilesh Prasad Singh, Phulo Devi Netam, Chhaya Verma, Ripun Bora and Rajmani Patel of the Congress; Priyanka Chaturvedi, Anil Desai of the Shiv Sena; Elamaram Kareem of the CPI-M, Binoy Viswam of the CPI, Dola Sen and Shanta Chhetri of the Trinamool.