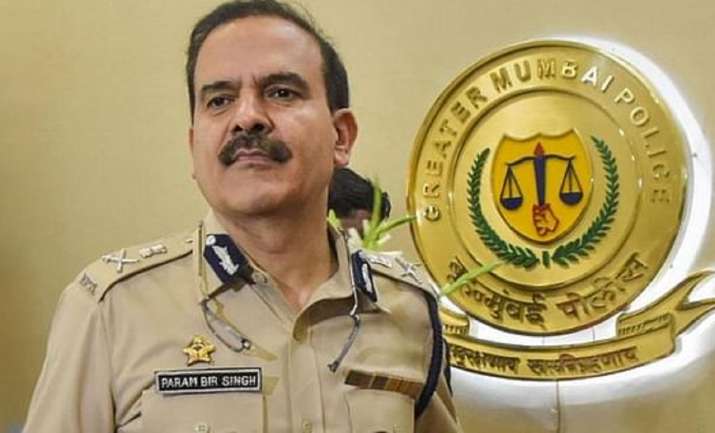 The Maharashtra government has decided to hold the salary of former Mumbai Police Commissioner Param Bir Singh with immediate effect, considering him as an ‘absconder’ as he continues to remain untraceable since May this year.

Several FIRs have been registered against Parambir Singh in Mumbai and Thane. The accused cop was summoned by the department several times but he did not get show up. Now the Maharashtra government is considering Param Bir as a fugitive and also making up its mind to take action regarding his suspension.

As per the officials in the home department, the process of declaring Param Bir an absconder has begun. The department has sought legal opinion to make the proposal foolproof by complying with the legal formalities.

It has informed the Intelligence Bureau that the officer is no more traceable and also sought the central agency’s help to search him. The home department has also initiated a departmental inquiry against him for the lapses in the Antilia explosives scare case.

Earlier, there were reports doing the rounds that Param Bir Singh has fled to Russia. Maharashtra Home Minister Dilip Walse Patil, however, didn’t confirm this and added that investigating agencies have no information on the whereabouts of Param Bir Singh who is an accused in an alleged money laundering case.

“Along with the Union Home Ministry, we are also searching for his whereabouts. I have heard something like that but as a government officer, he can’t go abroad without government clearance… If he goes away, then it is not good,” Patil had said.

He informed that a Look out circular (LOC) has been issued against Param Bir Singh. He has not appeared before probe agencies despite being served several notices.

Singh was transferred from the post of Mumbai police commissioner in March 2021 after city police officer Sachin Waze (now dismissed from service) was arrested by the NIA in the case of explosives-laden SUV found near industrialist Mukesh Ambani’s south Mumbai house Antilia.

After his transfer to Home Guard, Param Bir Singh accused then state Home Minister Anil Deshmukh of asking police officers to collect bribes from hotel and bar owners, an allegation the latter denied. But Deshmukh stepped down from his post subsequently as CBI registered a case against him.

In September this year, Maharashtra Director General of Police Sanjay Pandey sent a proposal to suspend Param Bir Singh and other police officials named in extortion cases. The Home Department, however, returned the DGP’s proposal asking for more specific information about the role of each accused official in cases.