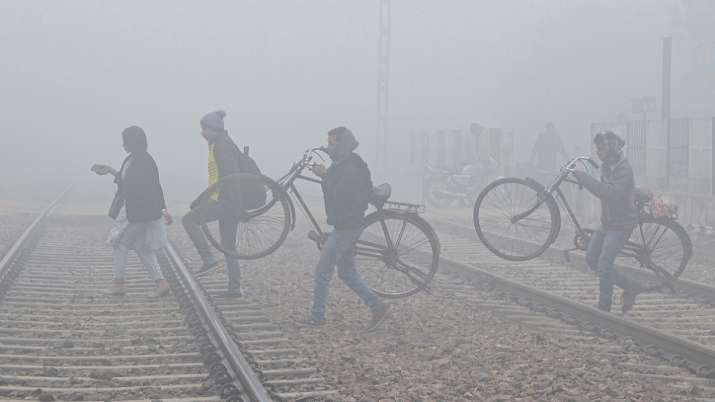 The India Meteorological Department (IMD) said that Delhi witnessed its longest foggy on Friday as the national capital shivered in almost no sunlight. The maximum temperature in the city dipped to 15.4 degrees Celsius, five notches below normal, IMD said.

The fog also caused a cold day due to the absence of sunlight in the day and also a little windy from northwest of 8-12kmph towards noon, IMD said.

In the morning, a thick blanket of fog shrouded the capital, lowering visibility to 50 meters at Safdarjung and Palam and affecting traffic movement. When visibility due to fog is reduced to the range of 0 to 50 meters, it is categorized as “very dense” fog. In the case of “dense” fog, visibility is between 51 and 200 meters, “moderate” is 201 and 500 meters, and “shallow” is 501 and 1,000 meters, reported news agency PTI.

Dense to moderate fog is predicted in Delhi for the next four days, the IMD said. The capital’s air quality deteriorated further due to high humidity and the 24-hour air quality index (AQI) read 348 at 4 pm, as against 321 at the same time on Thursday. Read More