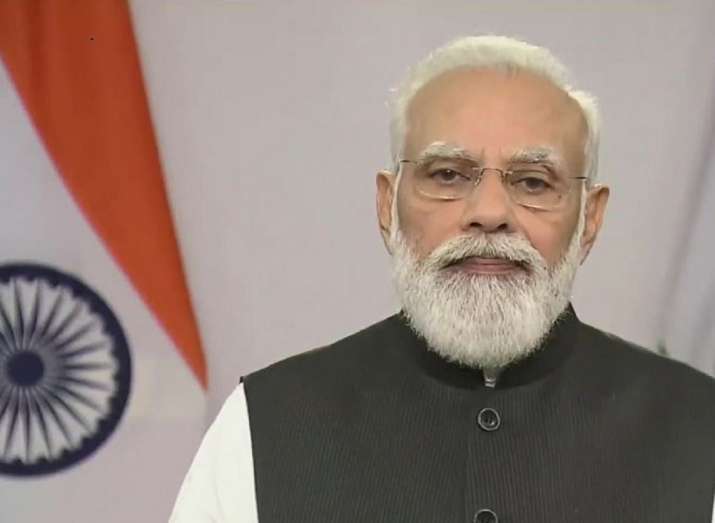 Prime Minister Narendra Modi on Friday lauded India’s COVID-19 vaccination drive as a journey from ‘anxiety to assurance. He said that the country has emerged stronger and credited its success to people’s trust. “This achievement belongs to every individual in the country. I congratulate every citizen for this feat,” the Prime Minister said in his address to the nation day after India accomplished the target of administering 100 jabs.

“100 crore vaccinations is not just a number but the beginning of a new chapter in the history of the country. It is a testament that India can achieve a tough aim successfully. It shows that the country works hard for the fulfilment of its goals,” he said. World will now see India as more safe from Covid, its acceptance as a pharma hub will grow further, he said.

Making a veiled attack on the opposition leaders, he said that various efforts were made to create mistrust and panic. “100 crore doses now answering every question,” the PM said while referring to doubts raised about India’s COVID-19 vaccination programme.

“There were apprehensions over our vaccination program. It was also being said about India that how will discipline work here. India’s vaccine campaign is a living example of Sabka Saath, Sabka Vikas, Sabka Vishwas aur Sabka Prayas,” he said. He mentioned that the government ensured that VIP culture does not overshadow the vaccination program and everyone is treated equally.

“We should be proud of the fact that India’s entire vaccination program has been ‘science-driven and science-based. It’s based on scientific methods, entirely,” he said.

The Prime Minister added that experts in India and abroad are very positive about India’s economy. “Today, not only record investment is coming to Indian companies but new employment opportunities are also being created for the youth,” he said. “Wherever we see there is only optimism now….earlier there were only chants about made in this country, that country, but today everyone is talking about Made in India,” he said.