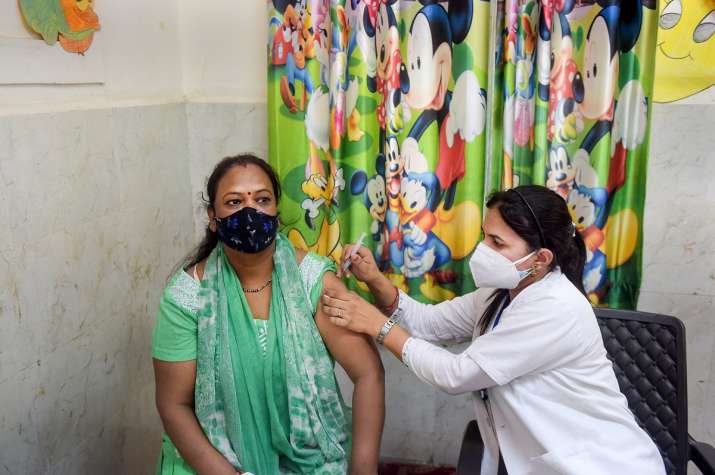 As India is set to reach the milestone of vaccinating 100 crore people, the country is currently focused on providing both the doses to all of its adult population and the need for a third or a booster dose does not appear to be an “immediate” one, health experts said on Wednesday.

Prime Minister Narendra Modi earlier this year announced plans to fully vaccinate India’s adult population by the year-end. While India is about to reach 100 crore Covid vaccine doses target this week, worryingly just one-third of the country is fully vaccinated.

“The need for a booster dose in India is probably not immediate, especially when we still have a considerable population unvaccinated and vaccine availability is not far in excess of the immediate requirement,” Dr. Veena P. Menon, Professor, Department of Clinical Virology, Amrita School of Medicine, told IANS.

Menon added that since a significant percentage of the population has some degree of infection acquired natural immunity, “a third dose for the general population is certainly not warranted at present”.

“There is a huge vaccination gap when millions are not able to get even the first vaccine shot. India isn’t lagging, we are just more focused on how this huge vaccination gap can be reduced. If we see the differences between the two doses — people vaccinated with a single dose are not taking the second dose on time and are avoiding being fully vaccinated,” added Dr Sameer Bhati, Public Health Expert, Member Vaccination Awareness Committee, and Director at Star Imaging Path Labs.

The same has also been echoed by scientists at the Indian Council of Medical Research (ICMR) who have not approved a booster dose yet. For India, a booster dose is not the central theme at the moment, and getting two doses remains the major priority, media reports quoted Indian Council of Medical Research (ICMR) Director-General Balram Bhargava as saying.

“It is essentially a case of demand and supply. We are still not able to make enough doses to vaccinate all above 18 years. We would need 1,500 mn doses (two jabs) for 75 crore population. We have only reached, perhaps, 25 percent (two doses). If this population has to be vaccinated by December, we need to make at least 300 mn doses per month,” Bhargava had said.

Eminent scientist and biochemist Prof G. Padmanaban, last week, told IANS that India may require the third dose of the Covid vaccine by the middle of next year, as breakthrough cases even after full vaccination have been prevalent, even though mostly mild.

Anjela Taneja, Inequality Campaign Lead, Oxfam India, said: “We need to immunize more people first before starting universal immunization with a third dose. Having said so, we should also probably explore booster doses for the small minority of those who are truly vulnerable.”

“As the coronavirus cases are down sharply, we may think of giving booster doses for maintaining the antibodies developed after existing vaccination plans,” Bhati added.

Meanwhile, the World Health Organisation has also recently recommended the third dose to people with immunocompromised systems like organ-transplant recipients, cancer patients, or those of advanced age.

Many countries, including the US, the UK, France, and Germany, have rolled out of Covid booster. India is still weighing the need for a third dose also because there is still little data available on boosters in the country, Bhati said.

“Data from India is lacking. Preliminary data from our hospital suggests waning of neutralizing antibody levels in older healthcare workers who were vaccinated in the first phase. However, this in itself does not mean there is no protection. Memory responses would still be able to protect from severe illness,” Menon said.

There is a need for more studies in different and special populations which will help us build an evidence base for the need for the next boost, the experts suggested.