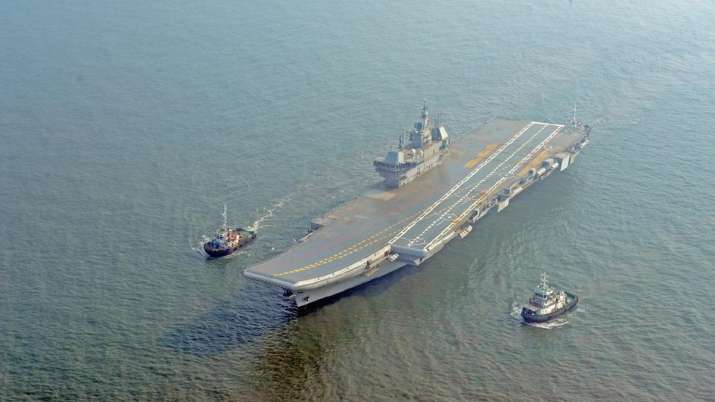 India’s, Indigenous Aircraft Carrier Vikrant, the largest and the most complex warship built in the country, has departed for the next set of sea trials.

The maiden sea sortie of the IAC Vikrant was successfully undertaken on August 2021. The chopper team comprising two ALH and the Sea King flew past the ship multiple times and demonstrated the landing and take-off maneuvers. It is 262 meter long, 62 meter wide and 59 meter tall.

With the delivery of IAC, India would join a select group of nations with the capability to indigenously design and build an Aircraft Carrier.

Chairman and Managing Director of the CSL, Madhu S Nair, presented a detailed brief about the yard’s capabilities and strengths and it’s contributions in developing indigenous technologies and creating world-class capabilities.

The Indian Navy made a detailed presentation about the vessel and its capabilities. The Vice President also visited the hangar deck and the flight deck of the vessel.

The Indian Navy must be able to operate from any place where India’s interest lies and the IAC Vikrant empowers the force with that capability, Chief of Naval Staff (CNS) Admiral Karambir Singh had earlier said.

“The aircraft carrier task force is extremely important as their power is critical. The Navy will operate from where the nation’s interests lie. India does not want a navy which is tethered to the shore. We should be able to operate from anywhere where India’s interest lies and this carrier gives us that capability,” Singh said.