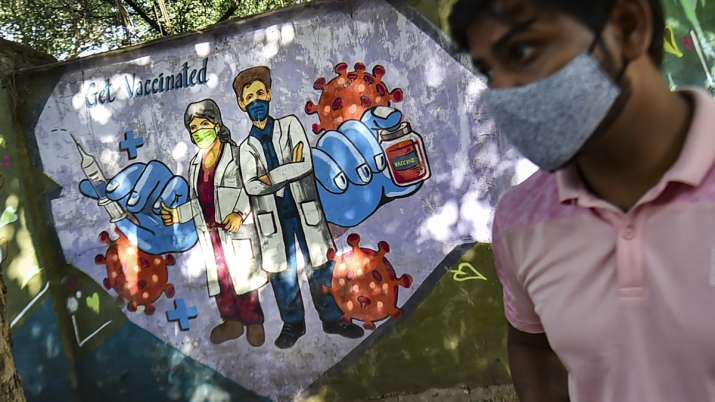 Delhi Health Minister Satyendar Jain has said 97 per cent of people in the national capital have developed antibodies against Covid-19. According to Jain, the sixth serological survey found that all the 11 districts have a seroprevalence of more than 93 per cent. Four districts south, central, northeast and east have recorded a seropositivity rate of 99 per cent, 99.5 per cent, 99.7 per cent and 99.8 per cent, respectively.

“Women (90.1 per cent) have a higher seropositivity rate than men (88.2 per cent). Those aged below 18 have a seropositivity rate of 88 per cent,” Jain said. “The sero survey has given a positive result. Almost all vaccinated people (with a history of infection) in Delhi have antibodies against Covid-19,” he added.

Jain said that only experts can tell whether Delhi has achieved herd immunity.  “We cannot say exactly if Delhi has achieved herd immunity because there are no studies or data to show that the virus won’t spread after a certain percentage of the population is affected,” according to an official. “However, the same variant of the virus (Delta) cannot lead to a major epidemic. So, we can say there won’t be another wave of coronavirus as big as the fourth wave until a new severe variant emerges,” the official said.

Ninety-five per cent of the vaccinated people who have a history of Covid-19 infection have developed antibodies as compared to 82 per cent unvaccinated ones. According to data from CoWin app, over 2.03 crore vaccine doses have been administered in Delhi since the inoculation exercise started on January 16. Over 73 lakh people have received both doses. Around 1.5 crore people are eligible for Covid-19 vaccination in Delhi.

The Delhi government had started collecting samples under the sixth serological survey last month to find out the percentage of the population that has antibodies against Covid-19, either through natural infections or vaccination. A total of 28,000 samples 100 from each ward were collected during the survey.

This is the first survey to be done after Delhi was hit by a brutal second wave of the Covid pandemic in April and May. The fifth round of sero survey conducted in January had shown that 56.13 per cent of the people in Delhi had developed antibodies against Covid-19.

In April and May, Delhi battled a brutal second wave of the pandemic that claimed a massive number of lives with oxygen shortage and reduced supplies of essential drugs at hospitals adding to the woes. On April 20, Delhi had reported 28,395 cases, the highest in the city since the beginning of the pandemic. On April 22 the case positivity rate was 36.2 per cent, the highest so far. The highest number of 448 deaths was reported on May 3.