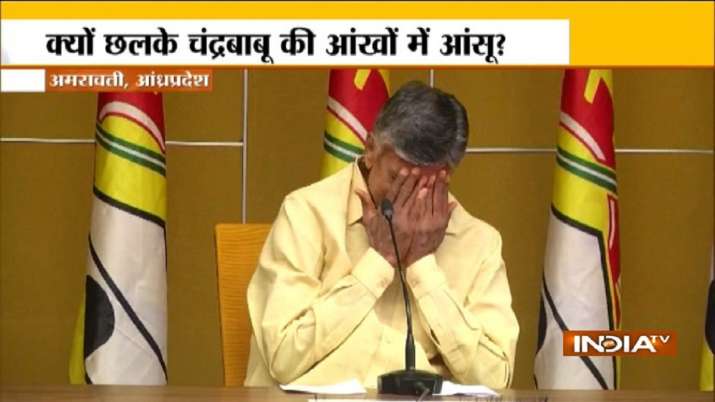 Telugu Desam Party (TDP) chief and former Chief Minister of Andhra Pradesh Nara Chandrababu Naidu broke down on Friday while addressing a press conference, saying that the YS Jagan-led ruling party in the state has been doing revenge politics in the state since it came into power.

Covering his face with both his hands, Naidu was seen weeping inconsolably. He had earlier walked out of the assembly and vowed to re-enter the House only after he becomes the Chief Minister again.

Naidu, 71, alleged that the ruling party members in the assembly made abusive comments about his wife during a debate on women empowerment on the second day of the winter session.

The former AP CM likened the Assembly to ‘Kaurava Sabha’ and decided to boycott it till 2024 in protest against ‘ugly character assassinations’ by YSRCP ministers & MLAs,” the TDP in a statement.

He said that he has never been humiliated and insulted in such a manner throught his decades of political experience. “The opposition leaders are being targeted,” he added.